Asenze, which in Zulu means “Let’s make it happen”, is a cohort study based in the Valley of 1000 Hills on the outskirts of Durban. The study began in 2008 and Wave 3 is now in progress. The study is co-lead by Dr. Chris Desmond from the University of KwaZulu Natal (SA -PI) and Professor Leslie Davidson from Columbia University (USA – PI).

South Africa has the largest HIV epidemic globally, and is simultaneously affected by poverty, inequality, violence and other legacies of Apartheid. Children growing up in disadvantaged communities affected by HIV are at high risk for cognitive, behavioral, health and educational problems that, in turn, increase their risk of acquiring or transmitting HIV.

Project Aim:
This proposed study has the long-term goal of halting the devastation of the HIV epidemic by intervening to promote better cognitive, behavioral, and psychosocial functioning of adolescents in SA. We propose a socio-ecological model with a life course perspective to prospectively investigate factors linked to drug use, binge drinking and unprotected sex including adolescent attributes such as executive function, and past and current family and contextual factors.

Project Objectives:
The Asenze cohort, reaching adolescence between 2019 and 2021, provides a unique opportunity to investigate the early-life origins of adolescent risk behavior in a disadvantaged population while building a strong foundation for later investigations into adulthood. We will investigate the pathways through which adolescent executive function and impulsivity, interact with both early and current social context (including their family adversity, disorganization and support as well as the behavior of their friends) affect the initiation of risky behaviors (drug use, binge drinking and unprotected sex). We will link the childhood cohort assessments of development and early adversity to those to be collected in both early and mid-adolescence, including cognitive development, executive function and the initiation of risky behaviors. The findings will be crucial for informing critical prevention programs to halt the spread of HIV and promote healthy adolescent functioning. 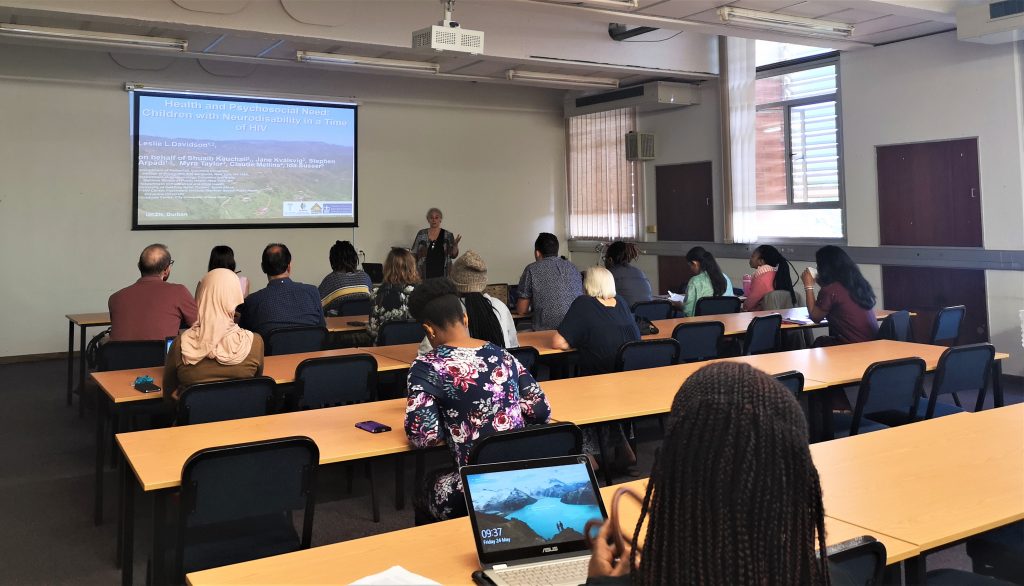 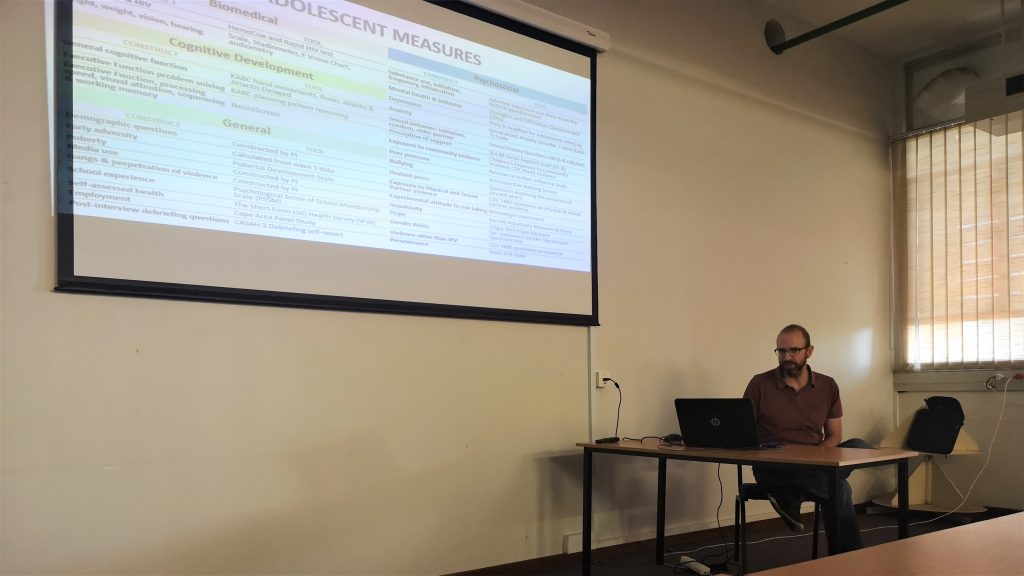 Asenze delegates at a seminar held on 24 May 2019 at the Department of Public Health Medicine Seminar Room. The seminar was entitled “The Asenze cohort in the Valley of 1000 Hills: Findings from childhood and plans to follow into adolescence”.